Summary of the project

Reconstruction of the archaeological site in 3D

3D SCANNING OF THE ARCHAEOLOGICAL SITE OF GLANUM AND IMMERSIVE TOUR

The Glanum 3d project is carried out as part of a skills sponsorship with the Center des monuments nationaux.

IMA Solutions has scanned the Glanum archaeological site during 2022 and is requesting Epic Games‘ latest real-time 3D engine (UNREAL Engine5) to combine it with its 3D acquisition and scanning technologies (drone, photogrammetry and long-distance 3D scanning) .

Realization of a real-time 3D interactive application allowing the wandering on the archaeological site of Glanum with integration of enriched contents (texts, audio, video, restitution of elevations, …).
The aim of the project is to test the new functionalities offered by future generations of 3D video game engines for the creation of interactive and educational immersive tours.

Integration of dynamic interactive elements
Explore the possibilities of integrating elevations and renderings of buildings or even the 3D vision by transparency of certain underground networks according to the interactions of the player.

Integration of non-player characters
Populate the city of Glanum with the possibility of interactions. 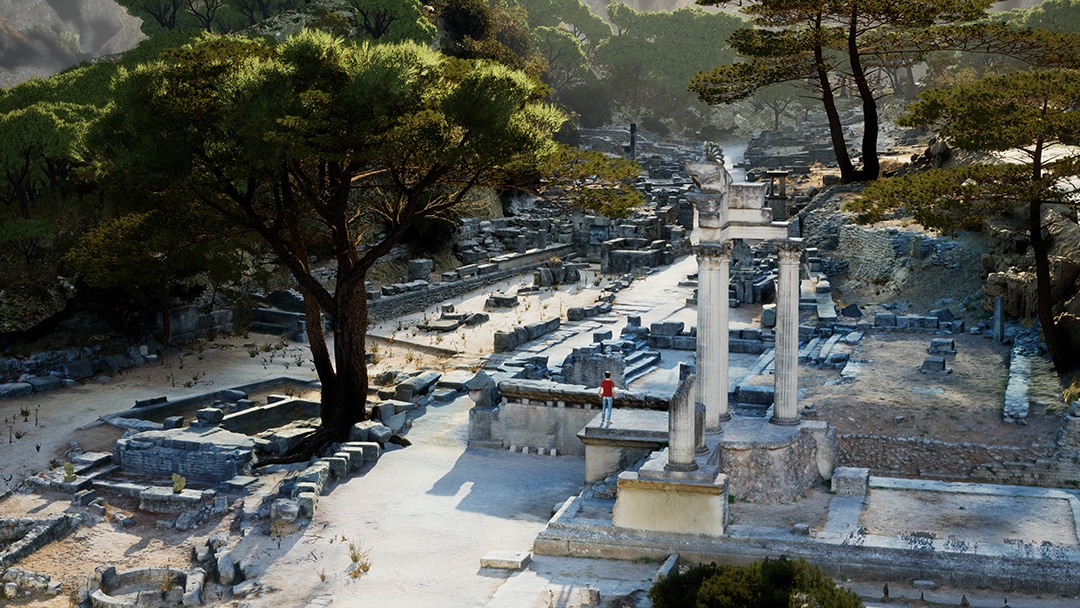 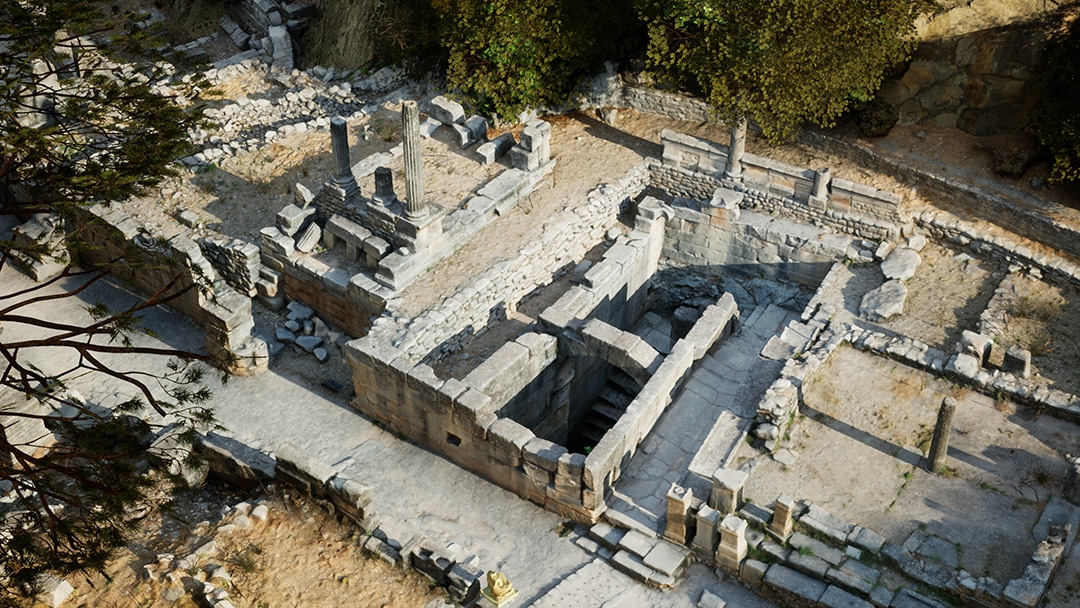 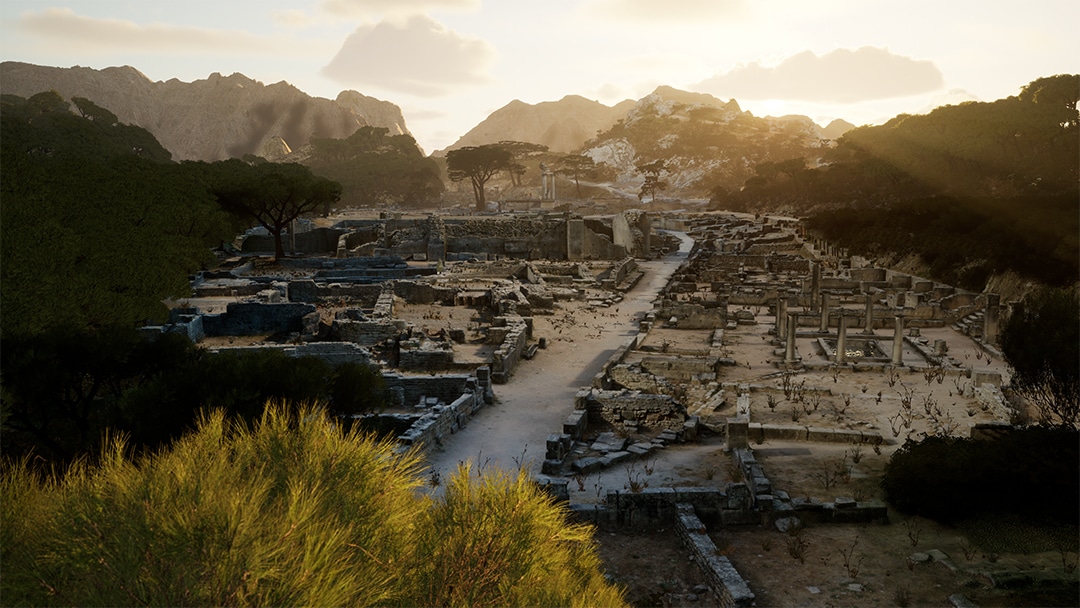 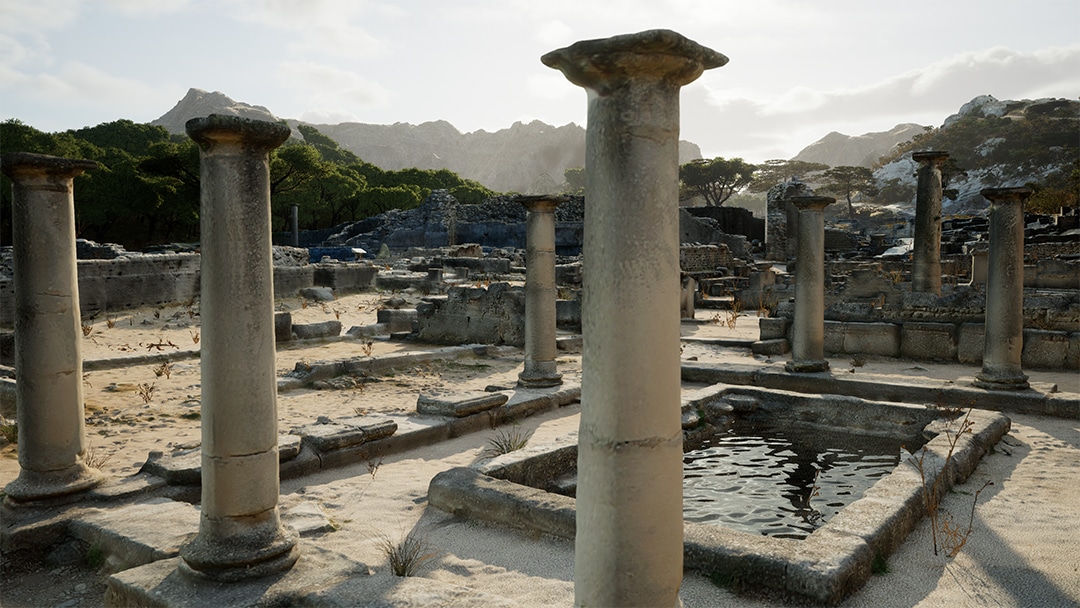