A Jenny Haniver is the carcass of a ray or a skate which has been modified and subsequently dried, resulting in a grotesque preserved specimen.

One suggestion for the origin of the term was the French phrase jeune d’Anvers (‘young [person] of Antwerp’). British sailors “cockneyed” this description into the personal name “Jenny Hanvers”. They are also widely known as “Jenny Haviers”. For centuries, sailors sat on the Antwerp docks and carved these “mermaids” out of dried skates. They then preserved them further with a coat of varnish. They supported themselves by selling their artistic creations to working sailors as well as to tourists visiting the docks.

Jenny Hanivers have been created to look like devils, angels and dragons. Some writers have suggested the sea monk may have been a Jenny Haniver.

The earliest known picture of Jenny Haniver appeared in Konrad Gesner’s Historia Animalium vol. IV in 1558. Gesner warned that these were merely disfigured rays and should not be believed to be miniature dragons or monsters, which was a popular misconception at the time.
The most common misconception was that Jenny Hanivers were Basilisks. As Basilisks were creatures that killed with merely a glance, no one could claim to know what one looks like. For this reason it was easy to pass off Jenny Hanivers as these creatures which were still widely feared in the 1500s.
In Veracruz, Jenny Hanivers are considered to have magical powers and are employed by curanderos in their rituals. This tradition may have originated in Japan, where fake ningyo similar to the Fiji mermaid that were produced by using rogue taxidermy are kept in temples.

A high resolution xray microtomography acquisition as been performed on the last “Phoenix Xray Nanotom” from the Fédération de Recherche FERMaT FR3089 at the french Laboratory CIRIMAT UMR CNRS 5085 (Centre Inter-universitaire de Recherche et d’Ingénierie des Matériaux). The image resolution is up to 32 microns accurate so that we can even see the tiny cartilaginous structures of the Jenny Haniver. The results will be exhibited in an upcoming Museum of Toulouse’s exhibition. 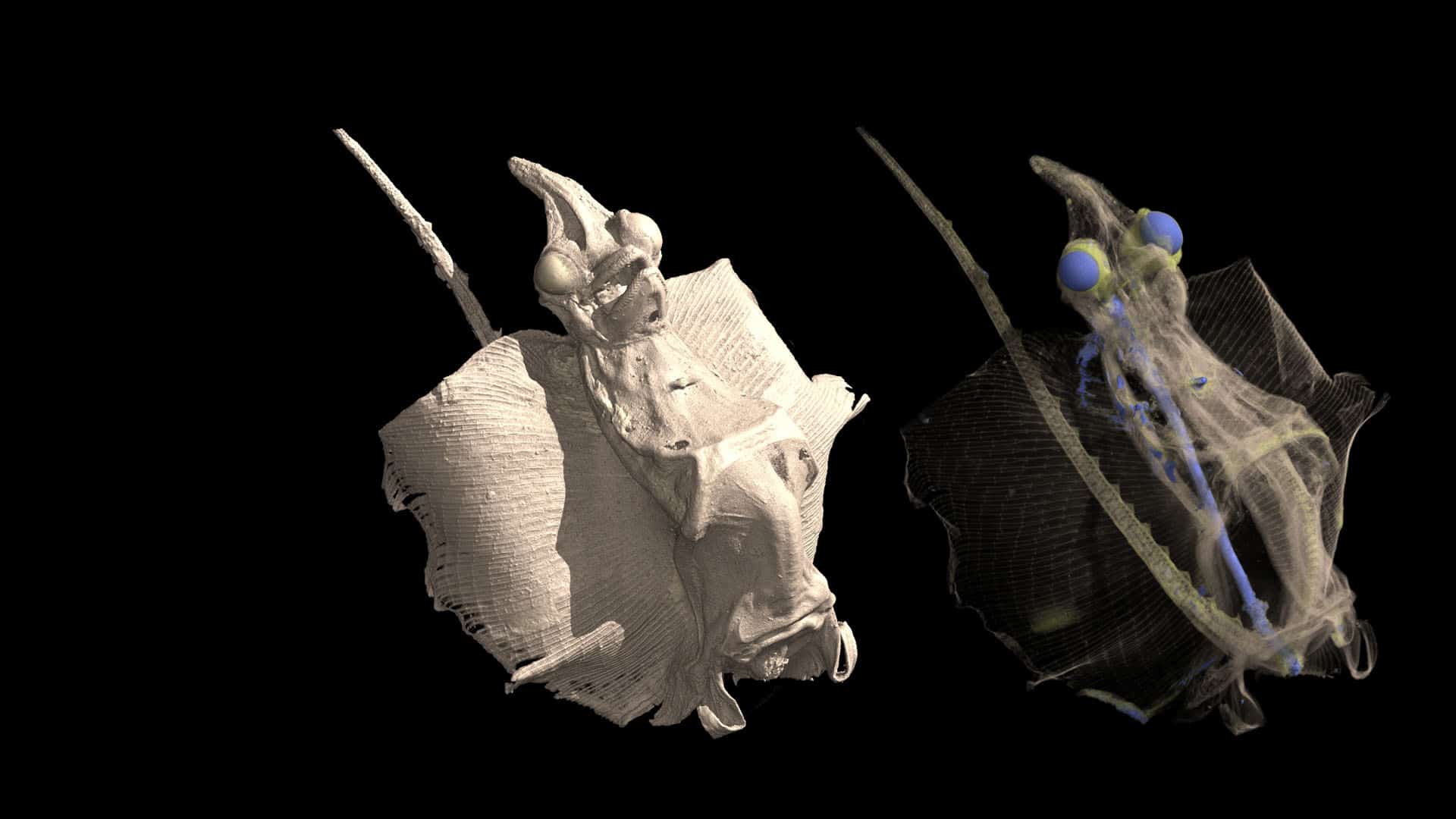 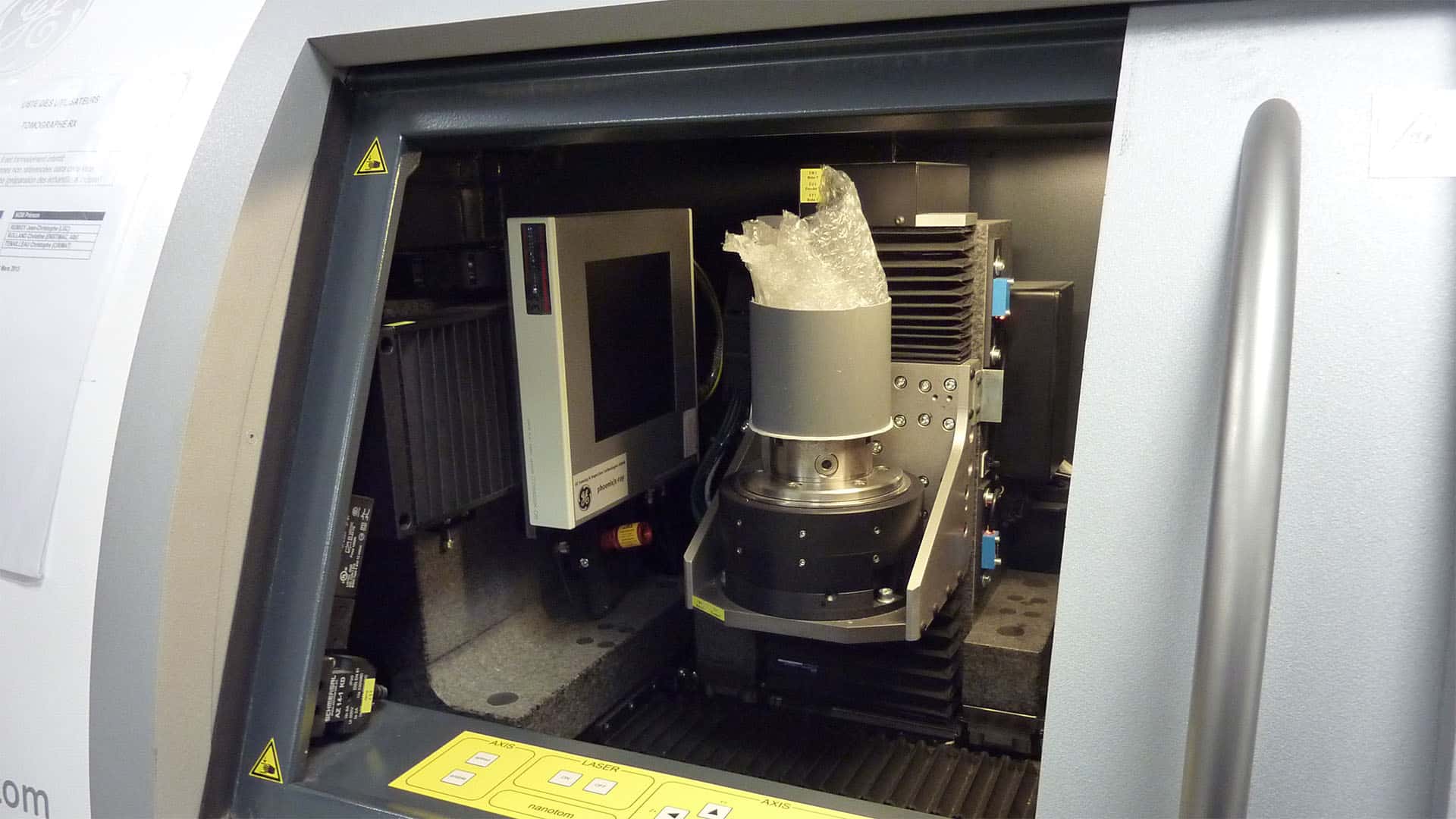 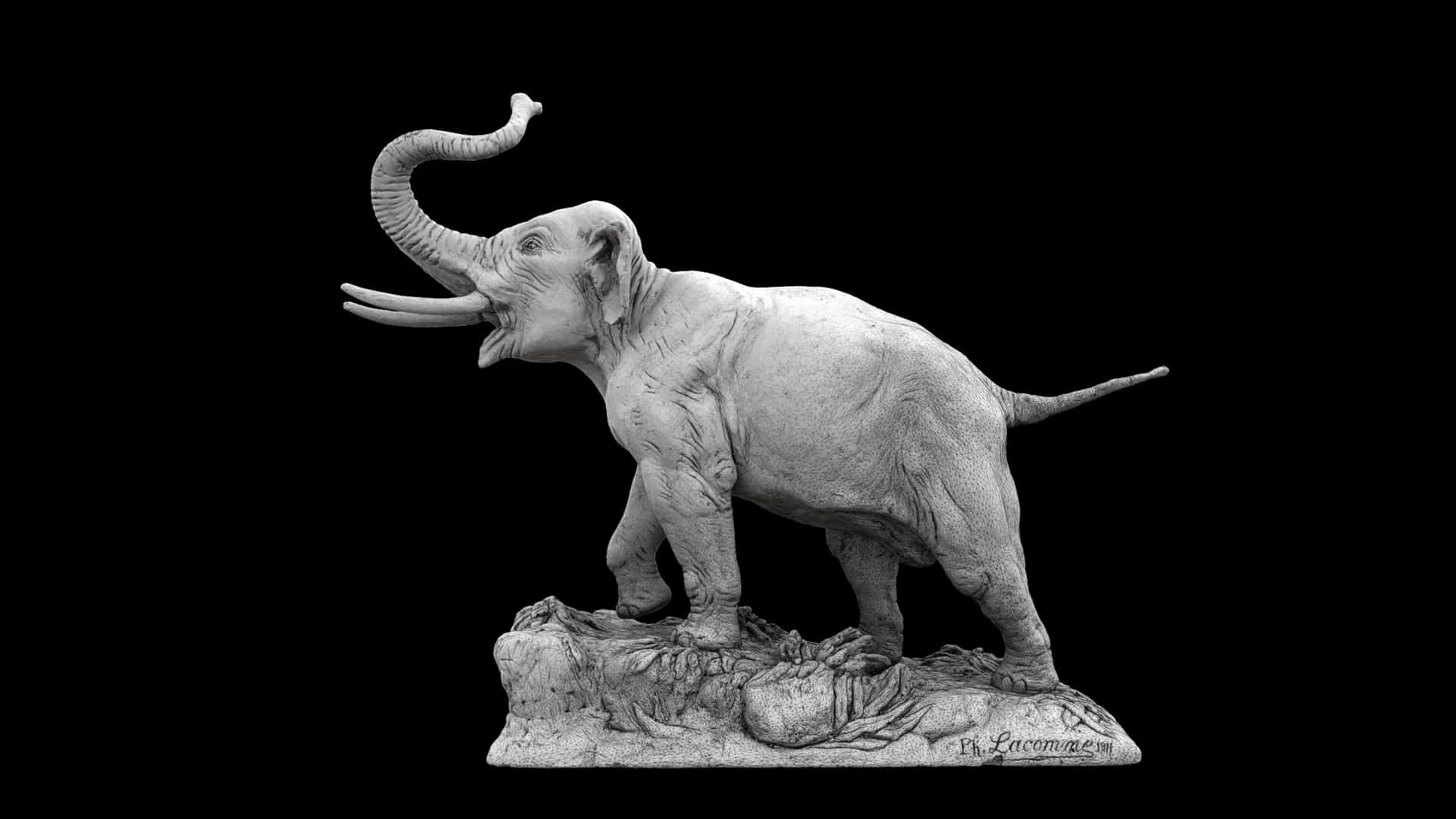 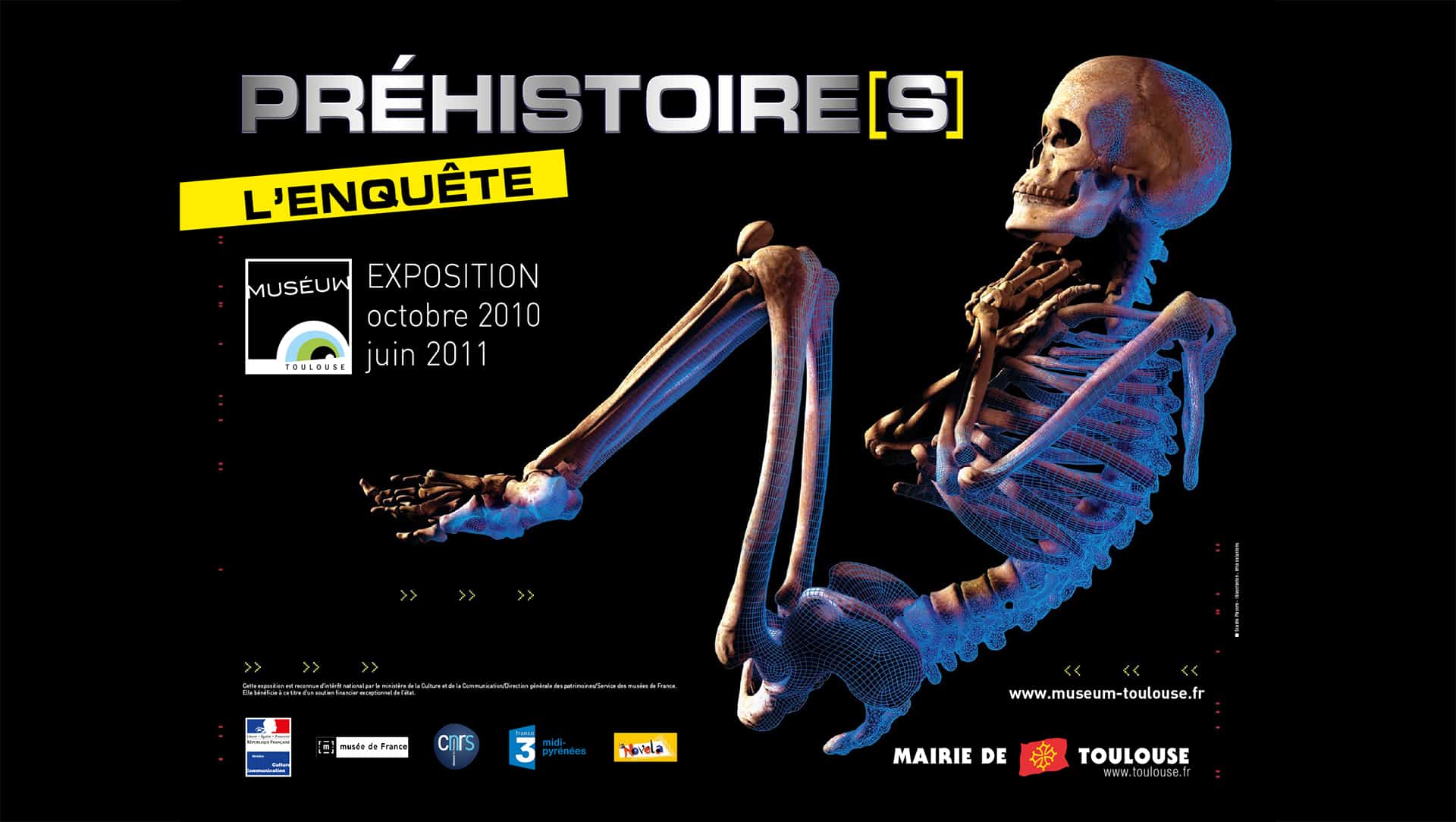 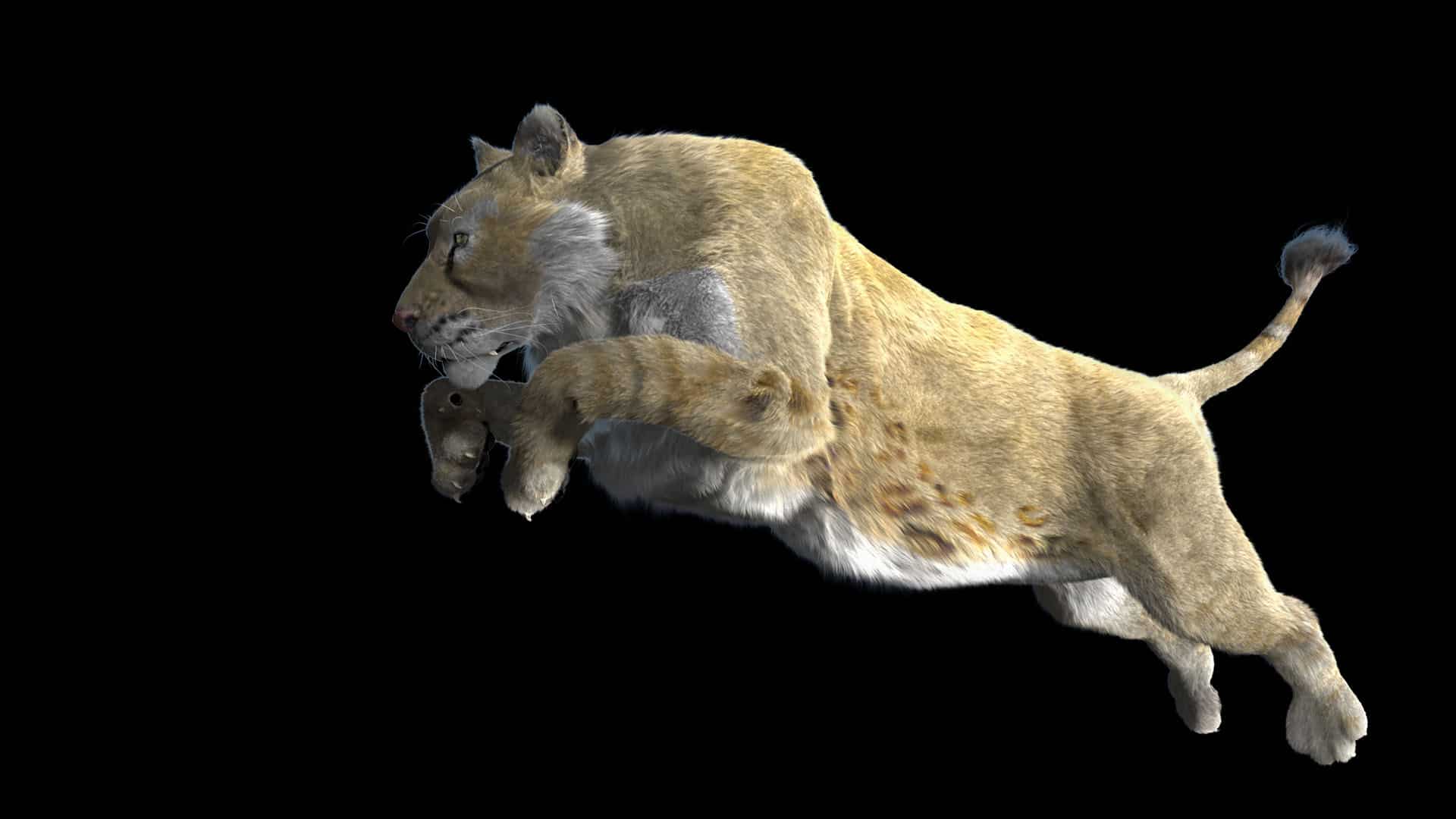